The Death of a Meatpacker

This post was originally published by The Progressive on July 29, 2020.

There was a billboard on Broad Street in Hazleton, Pennsylvania, near the plaza where a Blockbuster video store used to be, depicting Rafael Benjamin and four of his co-workers. “Cargill: A Great Place to Work,” it read.

Benjamin worked at a meatpacking plant owned by Cargill, a multinational food conglomerate, for seventeen years. His first day on the job was April 10, 2003. He was forty-seven years old at the time, having migrated permanently to the United States from the Dominican Republic.

His three children told me how Benjamin, in his younger years, worked as an accountant in his birthplace of Sánchez, in the Dominican Republic. In his first decade in the United States, Benjamin worked a variety of jobs in a few different cities, living on his own until his family was able to join him.

Most of Cargill’s Hazleton employees are working-class immigrants who had already been settled in the United States before moving to the area. Many say they saw Hazleton as a place with potential, given its availability of jobs and low cost of living.

Like Benjamin, Cargill also arrived in Hazleton in the early 2000s, but with a very different prerogative: profit at all costs. Back then, Hazleton had been devastated by significant manufacturing job losses, and local economic developers were desperate to attract industry. The state offered Cargill the ability to operate just outside of Hazleton tax free for a dozen years, among other incentives.

The stories of immigrants like Benjamin and companies like Cargill became further entwined in 2006, when Hazleton passed its racist Illegal Immigration Relief Act after local officials falsely insisted that immigrant workers were financially burdening the city.

Cargill, whose low profile has earned it the nickname “Sleeping Giant,” is one of the world’s largest food companies. It’s also the largest privately held corporation in the United States, and the fourth largest in the world, in terms of revenue. For the fiscal year ending May 31, 2019, the company reportedly raked in $113 billion—more than the entire GDP of many countries.

Given these vast riches, it’s far from surprising that Cargill, which has also been called “The Worst Company in the World,” has a longstanding reputation for extracting as much value as possible from its workers.

Rafael Benjamin is proof of that.

Benjamin worked the second shift, from 3 p.m. to about 3 a.m., for his entire tenure at Cargill. When production rates were high in the summers, he’d often be at the plant into the early hours of the morning, day after day. He put in well more than the required thirty-two hours per week. “It was impossible for him to get off . . . impossible,” his daughter, Laury, told me.

Benjamin’s pension was set to kick in on April 10, 2020, his seventeenth anniversary with the company, and he would become eligible for Social Security later on October 17, his sixty-fifth birthday.

On March 6, Pennsylvania announced its first two presumed cases of COVID-19. Benjamin, according to his children, had minimal concern initially, especially after Cargill assured its workers that they were taking appropriate safety measures.

As time wore on, however, Benjamin’s anxiety grew. He was living under the same roof as his daughter, who was eight-and-a-half months pregnant, and his wife, who is diabetic. After some discussions with his family, Benjamin decided to take precautions into his own hands.

He showed up for work on Wednesday, March 25, wearing a protective mask.

Benjamin wore the mask for his entire shift and then again the next day. But, as his children recount, he was told on Friday by a company higher-up to take it off, so as not to scare people.

Between his first day with the mask and the day he was told to remove it, the number of new COVID-19 cases nearly doubled in both Pennsylvania and Luzerne County, which includes Hazleton.

Benjamin’s family believes he almost surely contracted the virus at work. His first signs of infection came on Saturday, April 4, eight days after a Cargill manager told him to remove his mask. The average incubation period for COVID-19 is about five days.

He tried his best to make it to work that Saturday, but he was too sick. He was off on Sunday and began feeling a little better after taking a full day to rest. He planned to return to work on Monday, but once again he was just too sick.

A friend from work called Benjamin to urge him to get tested. “Everyone is coming up positive,” his friend said.

Indeed, that very Monday morning, the United Food and Commercial Workers (UFCW) announced that there were 164 confirmed cases of COVID-19 in Cargill’s Hazleton plant. Benjamin got tested instead of going to work that day, and sure enough, he was among the infected.

On April 7, Cargill announced that it would temporarily close the plant for cleaning. This played  well in a region where officials blame working-class immigrants and praise corporations. The day the plant shuttered, State Representative Tara Toohill tweeted, “Thank you Cargill!”

As it became clear that meatpacking plants were among the most dangerous places to be during the pandemic, Cargill and other food processing behemoths put their powerful public relations apparatus to work, while at the same time, refusing to acknowledge that workers in their plants everywhere were getting sick and dying.

According to the Centers for Disease Control and Prevention, across the United States, a whopping 9 percent of meatpacking workers have been infected with COVID-19.

Yet the meatpacking industry managed to stir up unfounded fears about meat shortages, which in turn prompted President Trump to issue an executive order in late April that evoked the Defense Production Act to require that meatpacking facilities remain open and protected them from liability.

In essence, the meatpacking industry got the go-ahead to continue production at any cost, even if that meant sacrificing dozens of human lives.

At 7 a.m. on April 7, as Cargill’s Hazleton plant was being cleaned, Benjamin was rushed to the Lehigh Valley Hospital in Hazleton. By April 10, the day his pension kicked in, he was on a ventilator.

Benjamin’s condition temporarily improved during his lengthy hospitalization, only to later take a rapid turn for the worse. On the morning of April 19, hospital staff called his son, Larry, to tell him his father’s organs were failing. Larry and his youngest sister, Laira, immediately began the trek from Georgia to Pennsylvania to say goodbye to their father. Sadly, he died before they arrived.

Cargill reopened the next morning.

Workers’ families have told me that management made it clear that talking about COVID-19 in the plant was strictly prohibited. They also made it clear that there would be no mention of Benjamin’s death. When I asked Laira, Laury, and Larry if the company—which did issue a public statement expressing sadness for Benjamin’s death—contacted them to express their condolences, all three laughed sarcastically. “That’s a big negative,” said Larry.

That billboard on Broad Street that once pictured Rafael Benjamin isn’t there anymore. There are other ones now, in other parts of town, featuring other workers.

Still, in many ways, the billboard encapsulates Cargill’s relationship to Benjamin. He was, for all to see, a valued worker—something he deserved, but was never fully recognized for. Cargill surely filled his place on the line without pause.

It’s unlikely that Cargill will pay a price—and certainly not a high enough one—for the actions it took that may have led to Benjamin’s death, given the company’s immense power and a legal landscape that is increasingly anti-worker.

Even so, Rafael Benjamin won’t be forgotten. His legacy lives on through his family, and his life and death will continue to serve as a powerful reminder of capitalism’s cruel willingness to put profit over people. 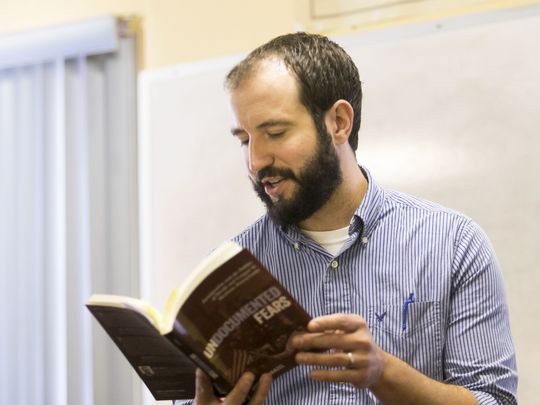 Jamie Longazel is a co-founder of Anthracite Unite and an associate professor at John Jay College and the CUNY Graduate Center. He is the author of Undocumented Fears: Immigration and the Politics of Divide and Conquer in Hazleton, Pennsylvania and co-editor (with Miranda Cady Hallett) of the forthcoming book Migration and Mortality: Social Death, Dispossession, and Survival in the Americas.

Also by Jamie Longazel
Solidarity with HAHS Students
This Ain’t Trump Country; This is the Coal Region
They’re at it Again
Say it Ain’t So, Joe
Lou Barletta: Burdensome, Illegal, Alien
Towering Tyrants
Something to be Proud Of 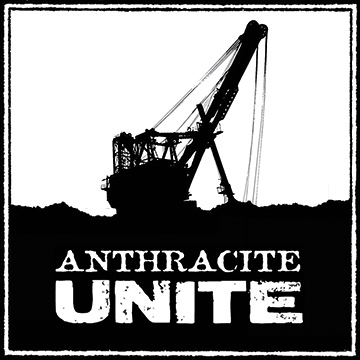 ← “For the First Time, I Feel We Can Make Change”
Famous Monsters of America →