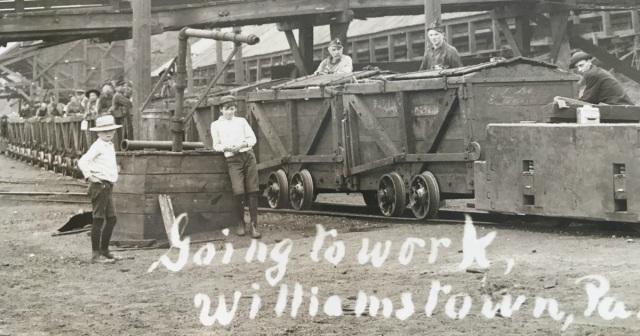 As summer faded into early fall on the southern edge of Pennsylvania’s anthracite coal fields, anxiety hung thick in the cool air. “Strikers Threaten To Compel Miners at Williamstown to Quit Work,” announced a headline in the Wilkes-Barre Record on September 18, 1900. A bitter feud between neighboring towns in northern Dauphin County over workers’ rights was about to boil over.

Across the patch towns and villages of eastern Pennsylvania, thousands of miners walked out in search of better working conditions and higher pay on September 17, 1900. Following months of negotiations between anthracite operators, labor leaders, and a fledgling United Mine Workers of America (UMWA), talks broke down and miners went on strike. 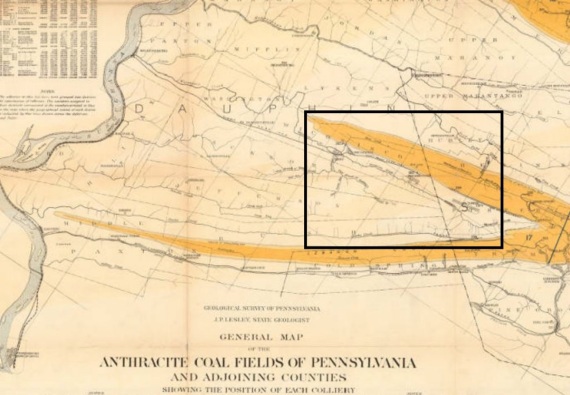 In the mining towns of Williamstown and Lykens, the walk-out touched off a decades’ old dispute linked to previous strikes. When miners across the anthracite region began to make their moves on September 17, battle-lines were drawn in Williams Valley. That day, more than 1,200 workers at Lykens walked off the job. Their decision to strike, while nearby mines remained open, would ultimately be a fruitless effort unless the neighboring collieries also were shuttered.

“Trouble is brewing in the Lykens Valley region between the union and non-union anthracite miners over the refusal of the men at Williamstown to join the strike,” wrote the Wilkes Barre Record a day later. “The mine employees in the neighboring towns of Lykens and Wiconisco are on strike and threaten to compel the Williamstown men to quit work.”

In a meeting on the night the strike began, miners at Williamstown decided to rebuke the call to strike. That decision stirred rumblings from their neighbors three miles to the west. Dauphin County Sheriff John Reiff deputized more than 150 local residents to act as a peacekeeping force in Williams Valley. “Sheriff Reiff lives at Lykens and he is prepared for any outbreak which may occur,” reported the Chicago Tribune. 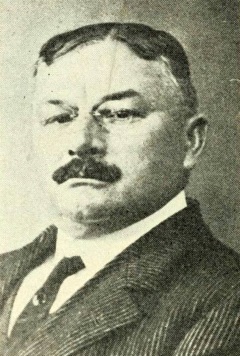 The differences between the communities, located roughly 30 miles northeast of the state capital at Harrisburg, dated back to labor strife in 1886. “Lykens and Wiconisco refused to support the Williamstown miners when they struck in 1886 against a reduction of wages, and the latter now refuse to yield in the demands of the former to quit work,” reported a correspondent for the New York Times. The miners on both sides of the picket line worked for the Summit Branch Railroad Company, a subsidiary of the Pennsylvania Railroad.

As a result of the disastrous strike attempt in Williamstown in 1886, workers there largely stayed away from organizing. In 1900, Williamstown Colliery employed more than 1,100 men and boys, of whom only 50 were members of the United Mine Workers of America. In Lykens and Wiconisco, more than 600 of the 1,200 workers were unionized in September 1900.

Fear of violence between miners in the rival communities was fanned on the evening of September 18, when reports from Lykens pointed to an organized “rush” of Lykens miners upon the workers at Williamstown. A correspondent with the Harrisburg Independent recorded the mood in Williamstown:

The people of Williamstown are living on the thin crust of a crater which may bubble up into hissing, molten lava at any moment. The town is held in the grip of fear, under the threat of miners at Lykens…

Information which comes from authentic sources is to the effect that 500 of the striking miners at Lykens will leave there this afternoon (September 19) at 5 o’clock to march to Williamstown. This will be an army of intimidation and coercion, the announced intention of which will be to force the men, who declare they have no grievances and do not desire to strike, to thrown down their tools. 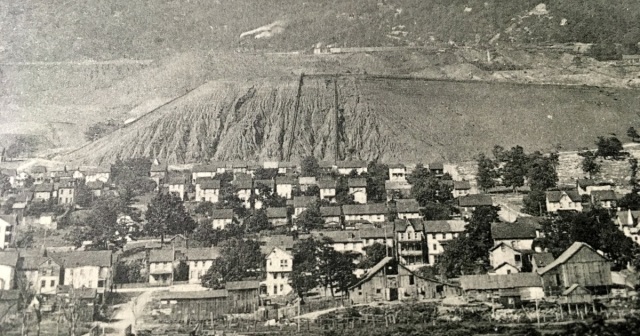 Williamstown, Pennsylvania with its mining operation in the background (Author’s Collection)

Miners at Williamstown prepared to defend themselves, stationing 50 miners with revolvers on the road leading to Wiconisco. They waited for several hours before it became clear that the threat from their neighbors was an idle one. No mob arrived at Williamstown that evening. Another reporter, stationed on the ground at Williamstown, noted humorously that “in the midst of all the turmoil and excitement which has convulsed the little mining town… the state convention of the Total Abstinence Society of the Catholic Church is tranquilly transacting its business.”

The drama occurring in Williams Valley became the dominant headline from the strike in the Anthracite Region. American newspaper readers were transfixed by the tale of two towns perched on the edge of civil war. Reporters poured into the towns to report on the purported coming violence. In the meantime, Sheriff Reiff added another 80 deputies to the rolls in an effort to prevent bloodshed.

Lykens, Pennsylvania sometime in the early 1900s, with Wiconisco and mines in the background. (archive.org)

Editors in the Harrisburg Telegraph lauded the efforts of the county sheriff, declaring that “if the Williamstown men desire to remain at work they should be protected. They have been law-obeying and orderly and have been good citizens of this county and deserve the greatest measure of protection.” Miners interviewed by the Telegraph “declared that they were not supported a bit by the Lykens men in their own struggle and they say they can see no reason why they should strike now.”

By September 20, cooler heads were prevailing. Lykens miners backed off their threats of violence, and instead turned to rhetoric in attempts to convince their neighbors in Williamstown to join the movement. Two labor leaders, Miles Dougherty and Paul Pulaski, rode from Lykens to Williamstown to speak to a gathering of miners on the front porch of the town’s chief hotel. Dougherty angered the crowd gathered on the street outside the Williamstown House, speaking “very bitterly of the attitude of the miners in refusing to join the strike.” A local Civil War veteran interrupted Dougherty and ordered the labor leader from the porch to the cheers of local residents. Attempts at convincing the Williamstown workers to cease work in the mines continued to fail.

Little violence occurred, despite threats from both sides toward their neighbors. A minor incident occurred in Lykens on September 24, when a mob of men attacked a group of immigrants working despite the strike with rocks. One of the workers, Charles Mumma, opened fire with a revolver and scattered the crowd.

As the strike dragged on into October, however, the quiet work of union leaders in Lykens began to pay dividends. Slowly, miners in Williamstown began to open themselves up to overtures from their neighbors in Lykens and Wiconisco. The Times in Philadelphia became the first newspaper to break the story, reporting on October 7 that a significant number of miners at Williamstown were planning a work stoppage. “The Big Lick colliery, in the Lykens Valley, closed down, and it is predicted the Williamstown Colliery will not resume operations next Monday,” a correspondent reported. “This will complete the tie-up in the Lykens district.”

That Monday, October 8, more than 500 employees of the Williamstown Colliery walked off the job. A public meeting that evening sought to bring the rest of the miners and laborers at Williamstown to cease work in the mines. The meeting was an impressive success.

“The unexpected has happened at Williamstown and for the time being interest in the strike among the miners is centered there,” wrote the Harrisburg Telegraph the following afternoon. They continued:

Upwards of 900 miners have been induced to join the union… Each day the number has increased and a complete shutdown is looked for. Last evening, strikers from Lykens, Wiconisco, and Tower City marched from one town to another singing songs and urging all men at work to join their ranks. They had four bands and during these demonstrations no attempt was made at violence…

In the parades that included more than 2,000 people, Williamstown miners joined and carried banners during their parades with mottoes like:

“In God We Trust; in the Mines We Bust.”

By mid-week, all mining operations in the Williams Valley ceased amid great excitement among the miners. “There was great rejoicing… when the balance of the Williamstown miners joined in the strike,” wrote a correspondent on Wednesday, October 10. The miners in the region now waited news from elsewhere, specifically from negotiations occurring between anthracite operators and the United Mine Workers of America.

Negotiations between miners in Williamstown and Lykens and the operators led to an agreement of a ten percent increase in wages for miners in the region. Further negotiations between labor representatives and the operators in Williams Valley also led to “arbitration of grievances and reduction in the price of powder… to $1.50 per keg,” a 30-cent decrease.

Following the news of the settlement on October 27, miners celebrated their gains. “The miners of Williamstown and Lykens collieries held a monster demonstration this afternoon at Lykens, in celebration of the happy termination of the strike in the anthracite coal region,” reported the Harrisburg Daily Independent. “There were speeches and a big parade, headed by bands. Great enthusiasm was manifested.”

Miners returned to work on Monday, October 29, 1900 with significant concessions gained from operators. Other miners returned to work across the region by the beginning of November 1900, many with incremental victories won. However, the agreement relied significantly upon yearly agreements between the growing miners’ unions and the operators overseeing work in the Anthracite Region. The seeds of a much longer, more disruptive strike in 1902 were sown in the autumn of 1900. 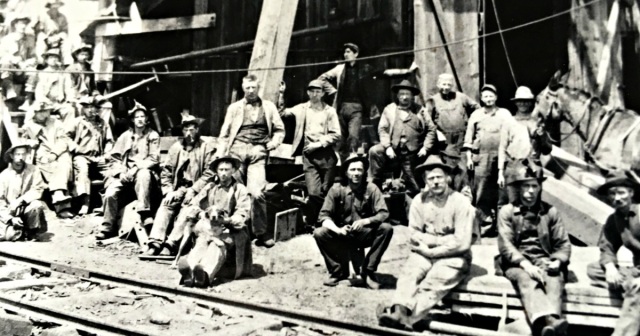 At the southern end of the anthracite fields, in the communities of Lykens, Wiconisco, and Williamstown, dramatic scenes featuring miner against miner, neighbor against neighbor grabbed the headlines across the nation. Yet, these communities with long-standing rivalries came together when it served their interests and won gains for themselves and their families. This action against the operators of the Pennsylvania Railroad’s holdings in Williams Valley set the stage for better coordination between miners in these communities when the UMWA called for a strike in May 1902.

Jake Wynn grew up in Williamstown, Pennsylvania. He currently lives in Frederick, Maryland. He writes independently at Wynning History.