Join us for the first annual Anthracite Arts Festival: A Working Class Celebration. Through various forms of artistic expression, we’ll be exploring the anthracite coal region’s rich labor history and present-day struggles. All are welcome!

On Saturday afternoon (1 – 5 pm), we’ll welcome social movement leaders from across Pennsylvania who will lead a Political Education Workshop.

*If you are interested in participating in the workshop, please preregister here.* 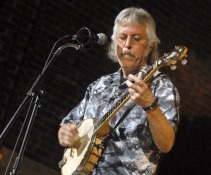 In the last 5 years, Jay Smar has toured Scotland twice, received recognition from the Pennsylvania House of Representatives, performed at the Philadelphia Folk Festival twice, recorded music for the Welsh BBC movie, “The Welsh in America” and has been selected by the Pennsylvania Performing Arts on Tour to be on their professional touring roster. Armed with 2 guitars, baritone vocals, claw-hammer banjo, and fiddling, singing, and flat-footin ‘ (a form of clog-dancing), he serves his audience an “acoustic buffet” of traditional American and original folk, ol time mountain music, bluegrass and gospel tunes, as well as coal mining songs of Northeast Pennsylvania preceded by their origin. 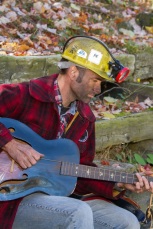 Van Wagner is a former coal miner from Danville, PA. He worked in the mines of Schuylkill County and now teaches high school in Lewisburg, PA. He has released 21 albums of songs he has written about the Anthracite Coal Region.

The performance trio, Word Play, consists of Marcus Colasurdo, who will be doing a dynamic reading of work from his soon to be published collection of new poems. In addition, Word Play features Mark Charles Rooney on guitar and vocals and Kathy Bestwick on upright bass and vocals, performing a selection of music by the Beatles, Bob Dylan, and other traditional folk songs from the era.

Marcus Colasurdo is the author of eleven books, including the underground classic novel, Angel City Taxi. Over the years, he has worked as a bartender, boom microphone operator, waiter, taxicab driver, factory worker, Job Corps counselor, farm worker, journalist, laborer, teacher and more. His explorations have taken him across the length and breadth of the U.S., a significant part of it achieved through the lost art of hitchhiking. As a writer for the page and stage, Mr. Colasurdo is the founder of Gimme Shelter Productions, a nonprofit organization of artists whose performances benefit homeless shelters, feeding programs, and other worthy causes. More recently, Mr. Colasurdo helped found Soul Kitchens in Baltimore, MD, and Hazleton, PA, which provide free meals to those who need them with the goal of culinary panache and deep-rooted nourishment for all. He hails from the anthracite coal country of Pennsylvania.

Shannon Marsyada lives in West Hazleton and has been writing music as long as she can remember. She has released 2 albums, has hundreds of songs in “limbo,” and has been performing in Northeast PA for four years.

Daryl Sznyter is a Pushcart Prize-nominated poet and content writer from Northeast Pennsylvania. She received her MFA in Poetry from The New School and is the author of the poetry collection Synonyms for (OTHER) Bodies (New York Quarterly Books). Her work has appeared in Phoebe, Gravel, Cleaver Magazine, The American Journal of Poetry, Poet Lore, WomenArts Quarterly, and elsewhere. To read more of her work, visit darylsznyter.com.

Brian Fanelli’s most recent book of poems is Waiting for the Dead to Speak (NYQ Books), winner of the Devil’s Kitchen Poetry Prize. He is also the author of All That Remains (Unbound Content) and the chapbook Front Man (Big Table Publishing). His writing has appeared in The Los Angeles Times, World Literature Today, The Paterson Literary Review, Main Street Rag, and elsewhere. He co-edited the anthology Down the Dog Hole: 11 Poets on Northeastern Pennsylvania (Nightshade Press). Brian has an M.F.A. from Wilkes University and Ph.D. from SUNY Binghamton University. Currently, he teaches at Lackawanna College, and he blogs about film, literature, and politics at www.brianfanelli.com.

A Hazleton native and co-founder of Anthracite Unite, Jamie Longazel is the author of of two books, including Undocumented Fears: Immigration and the Politics of Divide and Conquer in Hazleton, Pennsylvania (2016, Temple University Press), which won the North Central Sociological Association’s 2017 Scholarly Achievement Award. He teaches the sociology of law at John Jay College, City University of New York.

Regina R. Drasher is a life-long resident of Drums, and grew up listening to her family’s tales of the anthracite region. She discovered Big Mary – a woman known for her heroism in the wake of the Lattimer Massacre – by accident, while writing a play “From Lattimer to 1902.” Concerned that no one knew of Big Mary, she made it her goal to not let her be lost to history. She writes and lectures about Big Mary, and performs the one-woman play “Big Mary” achieve this goal.

Jackie Phillips was born and raised in Kelayres and is a proud product of the Hazleton Area School District. After graduating from HAHS in 2009, she went on to study at Muhlenberg College in Allentown and received a B.A. in Music (Vocal Performance) and Media & Communication in 2013. She has since settled in the Port Richmond section of Philadelphia and works in the city’s non-profit sector. Jackie sings with Anna Crusis Women’s Choir, the nation’s oldest surviving feminist choir, and plays percussion with Merion Concert Band. Twitter: @jackielphillips

Andrew Wertz is currently Visiting Assistant Professor of Fine Arts at Trinity College in Hartford, CT. His photography addresses the social landscape and built environment of the Mid-Atlantic and Northeast United States with a particular attention to the Anthracite Coal Region of Pennsylvania. He speaks to the changing nature of place, identity, and the inescapable inevitabilty of loss. But also, life… he speaks to it’s charms. Not hopeful per se, but diligent when it comes to work.

Bob Hakun’s “Primitive-Industrial Assemblages” will be on display. Bob collects old discarded common items: some natural, some man-made. He looks for old pieces that show the graphic effects of aging: the beauty and harshness of the breaking-down over time of all things into what they came from. He looks for pieces that are burnt, broken, rusty, crushed, bent, stained and cracked, (and sometimes smell bad). Sometime the final art piece will seem to tell a story or convey a message about something, but it will not clear as to what that message really is. His methods of assembly are simple and crude and often not appropriate for the items being assembled. He sometimes accents the assembly technique to a level of importance above that of the items being assembled. He says, “The creation of something that will be called “art” is not a strong consideration: it is what it is.”

Caleb Savage is a native of Bucks County has taken on a Documentary Photography Project taking a close look at the Coal Communities of Northeast PA. His specialty is machines and the technical aspects of the photo world. He loves the darkroom, cameras, chemicals, and similar odds and ends. Artistically, he is interested in articulating a sense of place through geometry. He likes squares and rectangles and ninety degree angles. He likes to explore by experimentation and experiment by exploration. He likes slow-paced explorations of historical narratives. He is a graduate of New York University’s Department of Photography & Imaging, where he now work as a full-time photo lab technician.

This hands on art activity is in support of the Empty Bowl Project in Hazleton, now in its 6th year!! We are inviting all ages to come and create a ceramic bowl that will then be donated for the Empty Bowl Event on September 23, 2018. Clay, tools and an instructor will guide you through the process. The bowls will be fired and we will have a hands on glazing event during Peace, Love Chalk August 3rd and 4th. The Empty Bowls Project is an international, grassroots, crafts-based effort to end hunger. Today, events have been held across the United States and Can- ada, and in New Zealand, Germany, Finland, England, and Hong Kong. Requests for information have come from individuals in over 100 countries. Empty Bowls events have now raised tens of millions of dollars for organizations fighting hunger. The events have also raised public aware- ness about hunger and have provided students of all ages the chance to work for positive change in their own communities and beyond. Hazleton’s Empty Bowl Project is organized by sisters, Liz Hoegg and Margi Ackerman. Proceeds benefit Valley Food Pantry and Catholic Social Services.